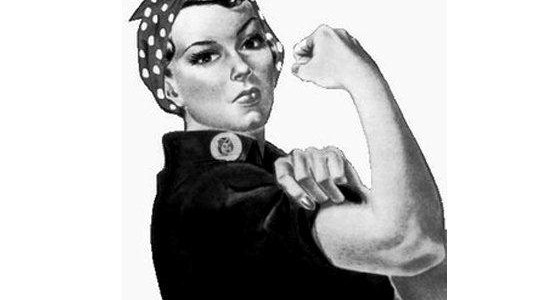 It seems there can never be enough gender mainstreaming in Sweden…

The Swedish Gender equality Minister is the former Secretary General of the Swedish Planned Parenthood RFSU:

Gender mainstreaming is used as a strategy to achieve policy objectives for gender equality in all Nordic countries, but the exact design of the work differs.

All Nordic EU-countries have been required to follow the EU rules for gender mainstreaming work since 1997, and Norway follows the rules by choice.

‘It’s not enough to wake up in the morning and say you feel kind of feminist. A feminist government needs to stick its neck out and push things forward,’ said Swedish gender equality minister Åsa Regnér at a conference in Stockholm on 4 March.

Three hundred people, including 40 director generals of some of Sweden’s largest government agencies, had gathered at the conference to kick off the expansion of the Gender Mainstreaming in Government Agencies (GMGA) programme.

‘Government agencies play a very strong role in Sweden compared with their counterparts in many other countries. It’s therefore important that you feel connected to the national gender equality policy,’ Regnér said.

The Swedish GMGA programme started in 2013 with 18 government agencies. Now it is time to add another 23, including the Swedish Prosecution Authority, the Swedish Public Employment Service and the National Board of Health and Welfare. Over the next four years, the Swedish Secretariat for Gender Research will assist the selected agencies in their gender mainstreaming work.

A Nordic review, requested by the Danish government, concludes that Sweden has made the greatest investments in the area. In Sweden, gender mainstreaming is prioritised centrally, and the implemented measures are rather comprehensive, with a focus on preventive work. In contrast, Denmark has emphasised concrete problems affecting certain parts of the population. The review, carried out by Oxford Research, finds that also Finland and Norway have chosen a more problem-oriented approach.

Annamari Asikainen from the Finnish Ministry of Social Affairs and Health thinks positively of the Swedish government’s initiative. She says that those types of resources are simply not available in Finland.

‘We too work actively with these issues and are trying to incorporate this way of thinking in key processes in the ministries. Finland’s gender mainstreaming strategy has received a high rating from the European Institute for Gender Equality. Maybe that means we’re doing the right things with our limited resources.’

The Finnish gender equality legislation requires all public agencies to actively promote gender equality. Gender mainstreaming is used to this end. Each ministry has a gender equality group that supports the government agencies in its respective domain. Asikainen says that the Ministry of Employment and the Economy, which is in charge of the Finnish public employment agency, has come a long way in the area. The agency has arranged training to help its staff become better at considering gender equality aspects in their work.

‘It’s about breaking away from segregation and the lack of gender equality in the labour market.’

‘A long-term plan for the work is lacking’

Also the Norwegian gender equality legislation requires public agencies to promote gender equality, and gender mainstreaming is used there as well. Each ministry is in charge of the work in its respective domain. But, similar to the situation in Finland, Lise Østby from the Norwegian Directorate for Children, Youth and Family Affairs points out that the resources available for this work are limited.

Norway also has three private foundations that offer advice and training in the area of gender mainstreaming. The Centre for Equality in the town of Hamar is one of them. Director Signe Opsahl says that the public agencies have good ambitions when it comes to gender equality issues, but that the necessary knowledge and an effective structure for the work are generally lacking.

‘The actual implementation of the gender mainstreaming is weak in many ways. There’s no long-term plan for how to actually do the work,’ she says.”