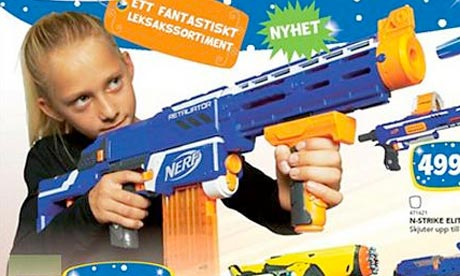 The Economist argues that « Men and Women do not think in the same ways. […] Men, it is pretty well established, have better motor and spatial abilities that woman and more monomaniacal patterns of thoughts. Women have better memories, are more socially adept, and are better at dealing with several things at once. » (1)

This statement in itself should be very shocking to the Gender main-streaming and Gender Studies addicts!

But, in fact, the article unfolds into a more nuanced position and displays Dr Verma‘s work at the University of Pennsylvania. With unique technique of diffusion tensor imaging, Dr Verma mapped out the connections in the two parts of the brain across the two hemispheres: the cerebrum above and toward the front, for the thinking, and the cerebellum, below and towards the back, for the acting. His interpretation of the  wiring maps are as follows:

Building on Dr Vima’s third observation, Simon Baren-Cohen, Professor at the Trinity College, expert in Autism, observed just the opposite: babies tend to show strong sex differences in the brain by way of centers of interest. His experiment with one-day old new-borns show a greater interest in images displaying mechanical engines for baby boys, and for faces in baby girls.

Leonard Sax, an American medical doctor, Doctor in psychology at the University of Pennsylvania and author of Boys Adrift and Girls on the Edge, argues that men and women are exactly the same from a cognitive psychological point of view. Not a single difference in knowledge acquisition proven  by scientific studies. However, men and women are different in their motivations, their centers of interest in learning. And the schooling system tends to ignore this critical factor, says Dr Sax. By adapting the games and exercices at hand in the classroom, the education department would halt the drifting of the intellectual levels shown in young boys in western countries. A systematic reject of teenagers’ masculin behaviour like  their constant body activity, gets them confused on their masculin roles and throws them into too much video-gaming as an escape route fortheir thirst for power. Male adolescents tend to choose video-games that stars a male dominant heroe, thus bringing conforting emotions (2)

So, brain sexual differences or not? Stereotypes or not? Cultural or biological?

The question remains unanswered for now and probably for long as psychology  can be supported by neurobiological technologies but it always subject to controversy and discussion.

However, should we let new Gender-neutral marketing trends confuse our children with their sexual identity?

In support of the  so-called « gender-equality mainstreaming » and gender equality policies  throughout the Western world, big corporations have made theirs the fight against gender stereotypes.

The Guardian reports : « Top-Toy caused a stir in the Daily Mail last year when it issued a catalogue depicting girls shooting guns and boys pushing prams. The company received customer complaints and a reprimand from the Swedish advertising watchdog for using stereotypes in its marketing. This year Toys R Us published « gender neutral » catalogues in Finland, Norway, Germany, Denmark and France, to a mixed reception. In September, it said it would stop labelling toys as boys’ or girls’ and would show children of both genders playing with the same toys. » (3)
For the sake of fighting inequality and abolishing hated stereotypes, will our children become boys, girls or neutral ? (Remember what Simone de Beauvoir said : we are not born woman but rather become one). Woman Attitude does not think so and truly believe that boys should be affirmes in their boy’s identity as well as girls in their girls’ identity. Not so easy these days. ..

Let’s make sure we stick to reality and Nature will soon re-establish the truth!